Tonight in Queensland Parliament Annastacia Palaszczuk and her do-nothing Labor Government voted to ‘do nothing’ to bring down Queenslanders soaring power bills.

The LNP was seeking the support of the Parliament for its common sense plan to freeze the bonuses paid to senior energy company executives until power prices come down – but arrogantly, all Labor MPs and Independent Member for Cook, Billy Gordon voted against the motion.

Tonight’s behaviour from Labor MP’s shows how out of touch they are from the world of everyday Queenslanders struggling to make ends meet.

Tonight – instead of bringing them to task – Labor chose to reward the very energy executives who are being investigated by the ACCC for engaging in price gouging behaviour that has driven up the bills of Queensland mums and dads.

Minister Bailey keeps telling Queenslanders they have had the lowest prices in Australia – what a joke.

If that’s the case why, almost every day this month, has Queensland had the highest wholesale price in the National Energy Market and for the month of September recorded the second highest price in Australia.

If it’s good enough for Jackie Trad to copy LNP policy and freeze the bonuses of QR executives for Labor’s massive rail fail, why won’t Annastacia Palaszczuk force her Energy Minister do the same to energy company chiefs?

Only the LNP has a plan to take action on the cost of living and put downward pressure on electricity prices. 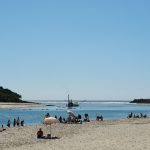 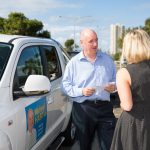 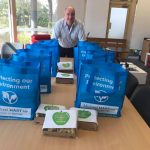